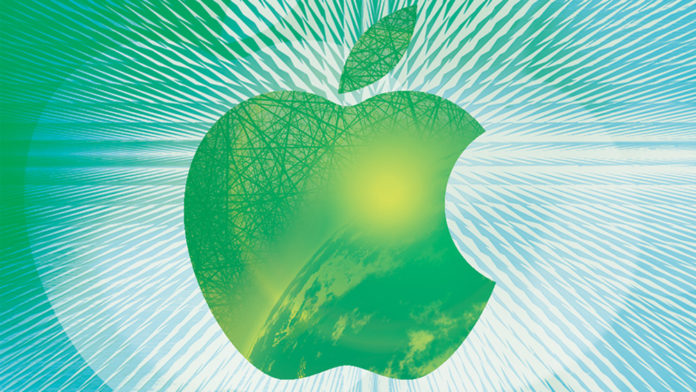 Apple has recently launched iPhone 12. It is one of the company’s first iPhone to offer 5G, but the users will not be able to use it immediately because 5G networks are still in development are not widely available. It is expected that 5G technology will still need 2 to 3 more years to be completely deployed worldwide.

Alongside 5G technology, iPhone 12 is also the first iPhone which does not have a charger and earphones in the box. So, you will be just getting an iPhone in a box. Apple says that it wants to decrease its environmental waste. Similarly, Apple didn’t include a charging brick with 2020’s Apple Watch models.

According to Apple, they want to consume less raw materials for each iPhone sold. It also allows for a smaller retail box which means 70% more units can fit on a single shipping pallet and reduce carbon emissions. Overall, Apple estimates that the changes will cut over 2 million metric tons of carbon missions annually, the equivalent of removing 450,000 cars from the road each year.

Apple is also removing wall chargers and Lightning earbuds from the older iPhones in its line-up that it will continue selling. On Apple’s site, listings for the iPhone XR, iPhone 11 and 2020 iPhone SE show that they are only shipping a phone with USB-C to Lightning cable in the box.

Apple also announced that there are already 700 million Lightning headphones out in the world, as well as 2 billion Apple power adapters, suggesting most people will already have both accessories.

How much E-waste are we generating?

As of now we are generating about 50 million tons of electric waste every year which is equivalent to throwing out 1000 laptops every single second. As the world population will continue to grow the problem of E-waste will also grow. In fact, it is already one of the biggest problems that the humans are facing. Per capita Europe has the highest percentage of E-waste generation with 16 kilograms per person.

Why E-Waste is a problem?

The reason why E-waste is a big problem is that it contains toxics chemicals such as Lead, Cadmium, Dioxins, Furans, Arsenic, Mercury, DDT, PCB, Chromium, Vinyl chloride, Antimony, Beryllium etc. These chemicals cause serious health problems like birth defects, damage to central and peripheral nervous systems, damaged lungs, and livers.

Where does this E-waste go?

Most of the E-waste that we produce is either sent to Asia or Africa for “recycling”. But in reality, all of the E-waste cannot be recycled. It is either dumped in large landfills or it mixes up with the water and pollutes the environment. A lot of people cannot grow fruits and vegetables on their land because it has become so polluted.

These landfills are also hotspot for child labour. A lot of small children work there for small amount of money. Most of the children die in young age due to various health problems.

How to solve E-waste problem?

It is impossible to solve the E-waste problem completely because as the population will increase the demand of more electronic items will also increase. This will result in more E-waste. The best way to minimize E-waste is to make quality products so that the buyers don’t have to buy new items after some time. Awareness campaigns should be organized to educate the masses and make them realize the emerging problem of E-waste. Consumers must also buy products only when they really need them. It will also help in generating less E-waste.

All in all, we all have to act collectively and make a combine and a planned effort to minimize the impact of E-waste on our world.

Is Apple doing enough for the environment?

Now the question arises is that the global companies are really making some effort to find a solution to this problem. Because they are the ones who are the main source of this problem.

Apple is trying to make some efforts in this regard. On the one hand by not giving any chargers and earphones with iPhone 12 they are increasing their profit margin and on the other hand they are doing some good to the environment. The products should be also of high quality so that they can last longer.

Apple is going in the right direction but as a major contributor to the E-waste they also have to play an important role. Certainly, it will be long and a bumpy ride, but the future will be very bright if we somehow find a way to tackle these problems.

How Technology has Changed Education Positively

How To Remove a Computer Virus? Ultimate Guide